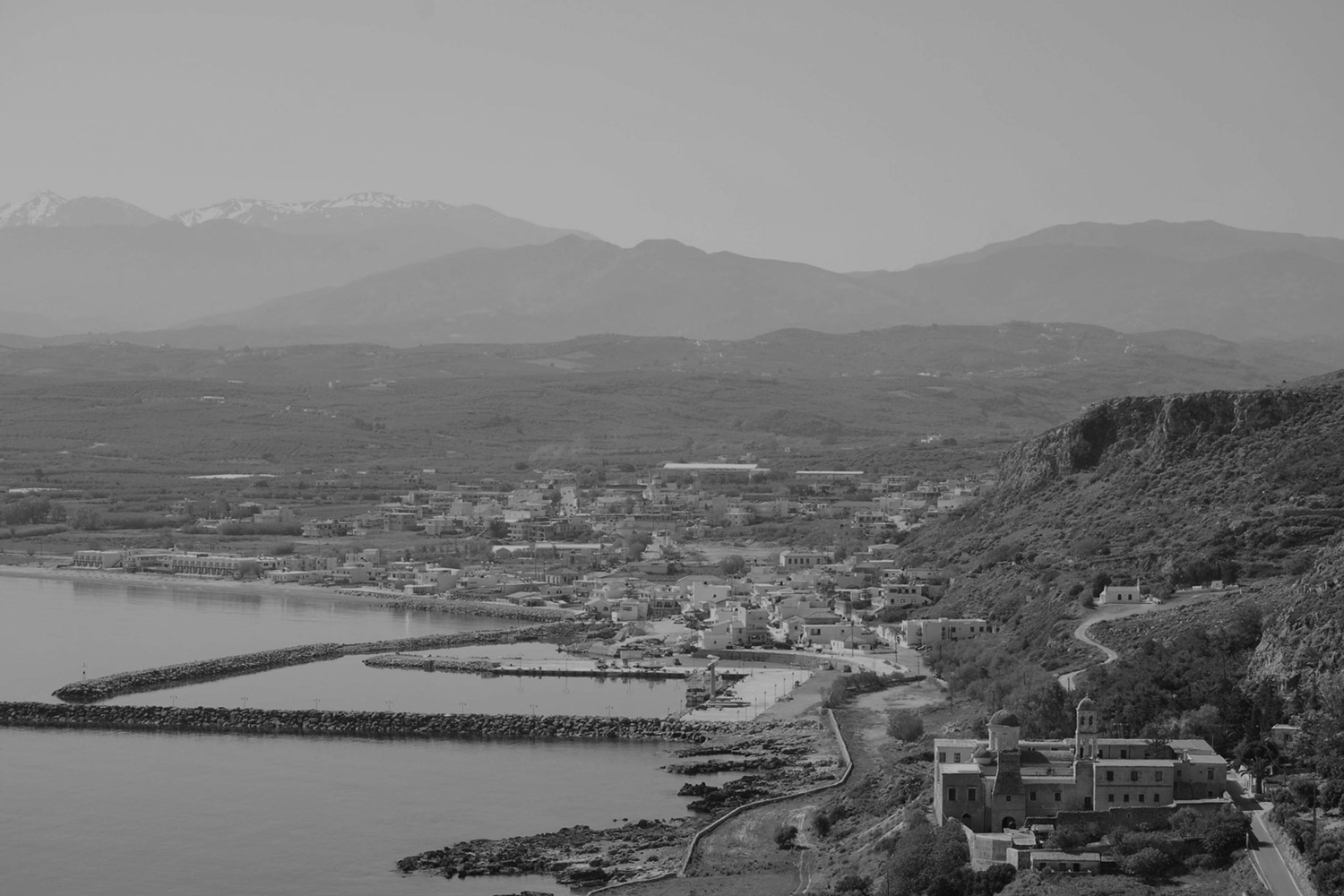 Kolymvari, Chania, is a scenic coastal village at the root of the Rodopou Peninsula in northwest Crete. Kolymbari is mildly developed, and it is the perfect place to stay if you want to experience village life in Crete.

Kolymvari village is in a distance of 23 kilometers to the west of Chania city. You can reach the village by car easily, as the road connecting it to Chania city is in very good condition. The paved road in Rodopou Peninsula will get you up to Afrata village.

Kolymvari: A Chania village next to Rodopou Peninsula with its own special atmosphere

When you are in Kolymvari, you cannot escape its Cretan village feeling. Every day, you can see its (about 1.200) permanent residents and visitors mingling in its streets and stores.

Nowadays, the main occupations of the permanent residents are tourism, agriculture, and, of course, fishing, as the water next to the mostly uninhabited Rodopou Peninsula is full of fish. Among many other products that are locally produced, the extra virgin olive oil and the wine of Kolymvari are known all over Chania and Crete for their top quality.

One of the main reasons that Kolymvari is so popular to visitors, is the fact that it perfectly balances the old village feeling with the modern tourist amenities. In the same manner, the friendly and helpful locals combine the traditional Cretan spirit with decades of hospitality experience.

Last but not least, its location, on the beautiful Kolymvari Bay on the foot of Rodopou Peninsula, could not be better. In general, Kolymvari village is one of the best places in Chania to stay, if you want calm, quiet holidays, in a place full of nature and great views to the sea – and all of these, without sacrificing anything from your comfort.

Out of Kolymvari village: What to see in Podopou Peninsula

The magnificent Rodopou peninsula, with its characteristic oblong shape, extends to the north of Kolymvari village. It is the eastern one of the two characteristic horn-like peninsulas in northwest Chania.

The most interesting sight around Kolymvari can be found right outside the village, on the southeast coast of Rodopou Peninsula: The Monastery of Panagia Odigitria, meaning “Virgin Mary the Leader” in Greek, which is more commonly known as Moni Gonias, or “Monastery in the Corner”, as it is situated at the western end of Kolymvari Bay.

Moni Gonias was built in the 9th century and was for centuries a cornerstone in the struggle of the Cretans against Ottoman occupation – and has gone through a lot of suffering for this reason. Although a large fire in 1867 burned many of its centuries-old treasures, today you can still find numerous manuscripts and books of great historical value in the monastery library.

But the most exciting part of Rodopou Peninsula is its northern part. With very few permanent residents, most of whom are shepherds, and without any paved roads in the area, it is a place full of wild natural beauty.

At the northern end of the peninsula, near the known beach of Menies, one of the best beaches in Chania, and in a distance of about 20 kilometers from Kolymvari village, lies the Diktina Sanctuary, the most important religious sanctuary in the area in ancient years, where the goddess Artemis Vritomartis was worshiped since the 2nd Century BC.

Rodopou, mainly due to its remoteness, has a unique, very interesting flora and fauna, with plenty of local and migratory birds nesting here. The most characteristic bird species of the area is the magnificent white-tailed eagle.

Possibly the best way to experience Rodopou Peninsula is through a boat trip departing from Kolymvari village harbour. This way you can visit its remote sights with ease.

The peaceful village feeling, along with the hidden sights and natural treasures of Rodopou Peninsula are both great reasons to choose Kolymvari for your next holidays in Chania.