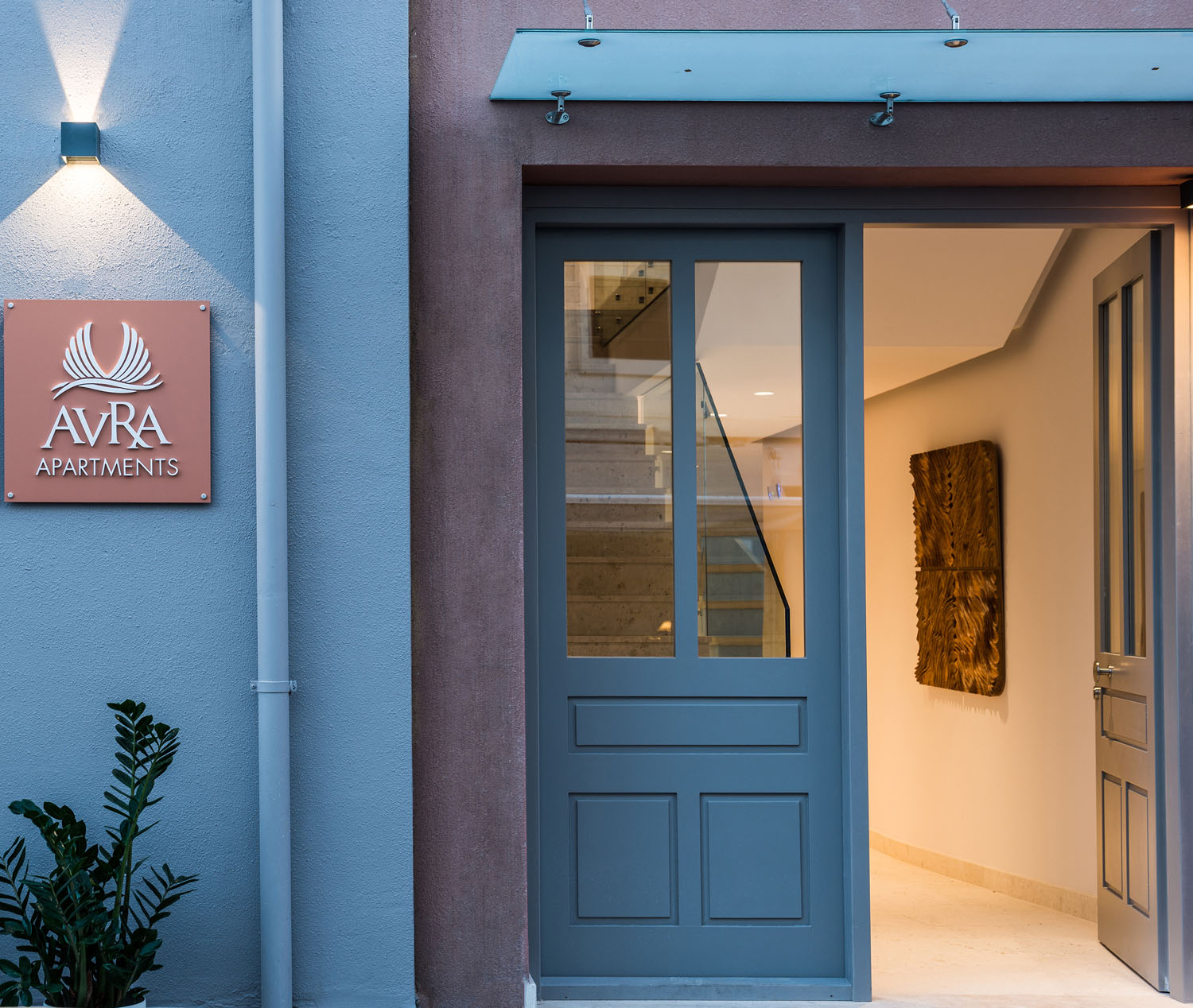 Combining comfort and effortless luxury surroundings with lovely views and a sense of independence, Avra Apartments in the region of Chania, invite you to indulge yourself into a unique journey and experience Crete like a local. Welcome to your home...

YOUR HOME IN CRETE

At Avra Apartments you are more than welcome to enjoy all the comforts of home combined with services of your preference. 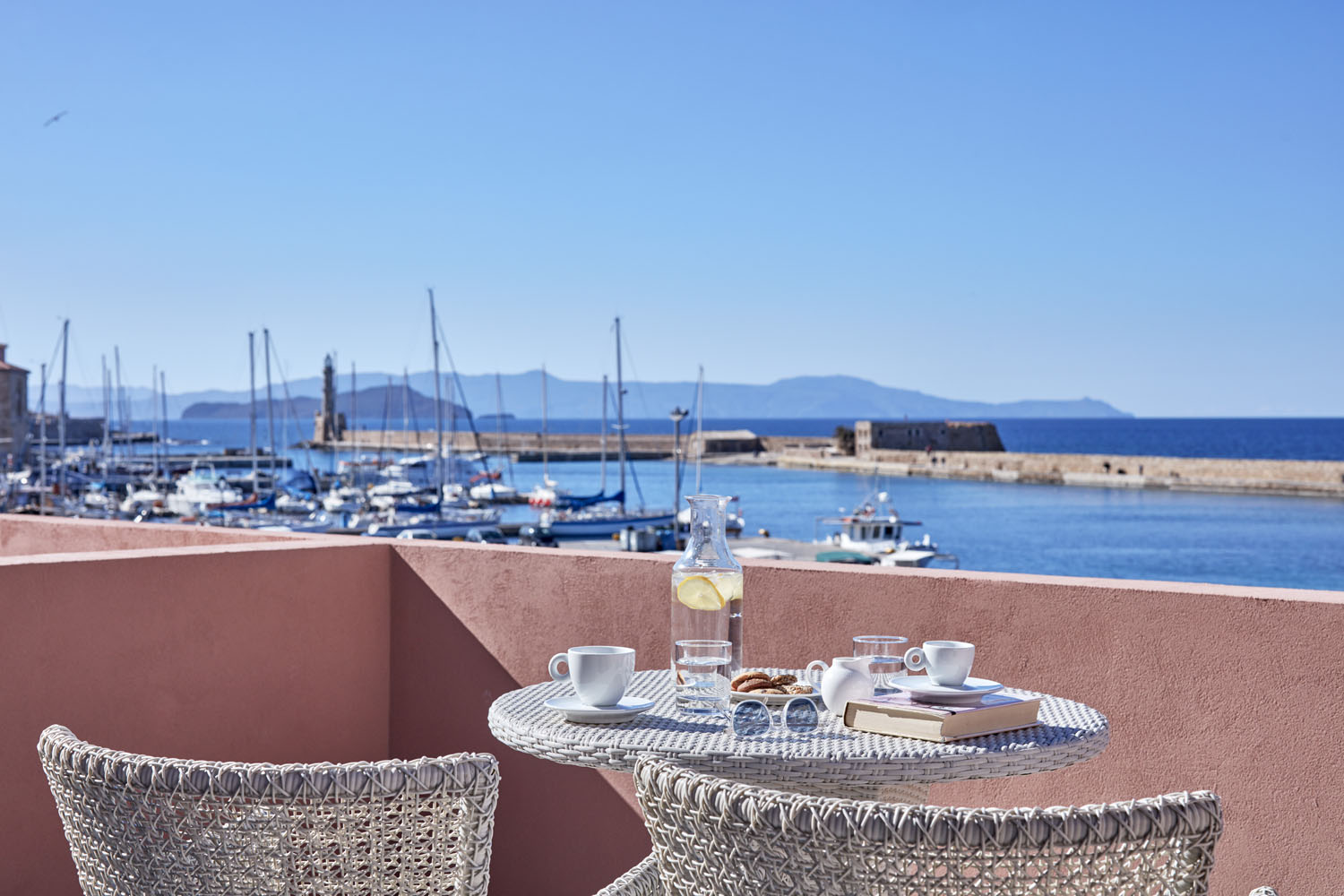 LIGHT UP YOUR DREAMS

Welcome at the new Avra Apartments located at the beautiful Old Venetian Harbour of the cosmopolitan Chania city, your own private haven at the center of the action. 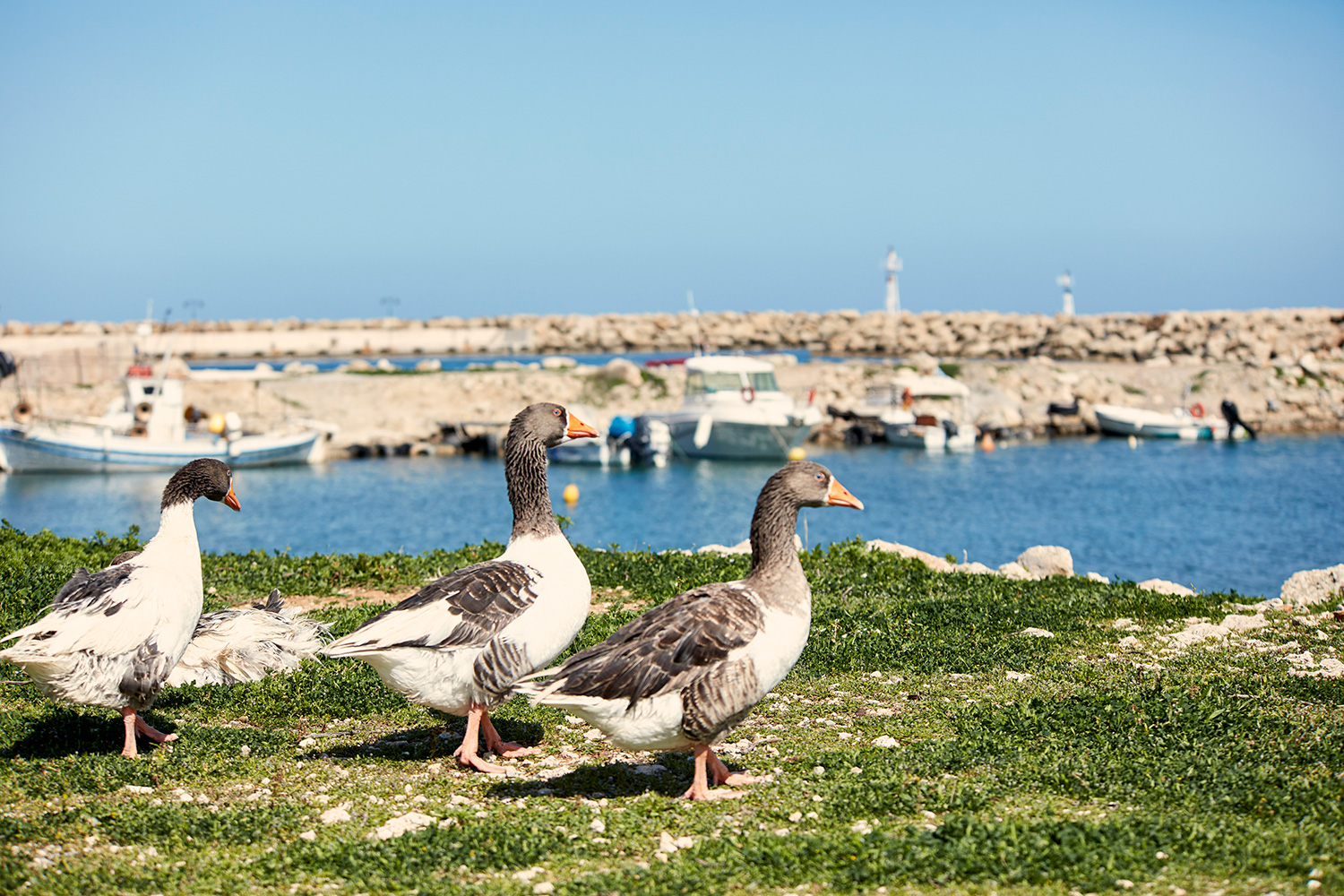 Offering a place of discrete luxury and calmness with views over the resplendent Cretan sea, the new Avra Apartments located at the traditional harbour of Kolymbari, invite you to discover the unspoiled beauty and rich history of this blessed small town. Whether you prefer settling into the city or simply relaxing in tranquility and beautifully unspoiled surroundings, Avra Apartments offer the ideal settings for indulging holidays in the enchanting island of Crete...

Introducing a refreshing style of luxury accommodation combined with simplicity and sophisticated living, Avra Apartments, are located at the cosmopolitan old Venetian Harbour of Chania and the scenic Harbour of Kolymbari in the southern part of Rodopu peninsula.

Anticipating the demand for a new kind of leisure experiences, combining comfort and effortless luxury surroundings with wonderful views and a sense of independence, Avra Apartments aim at providing the level of services, comfort and convenience expected at a luxury 5* hotel.

An exceptional concept, bringing together traditional Greek hospitality features with ancient and modern-day historical elements and facts, invites you to indulge yourself into a journey in the past.

The cosmopolitan city of Chania represents the place that has been the melting pot of important civilizations throughout the course of history, which have all left their unique mark on the city’s architecture and culture to this day. From the imposing Firkas fortress to the landmark of the city, the Arabian Lighthouse and the Old Sea Wall, the historical Venetian Harbour of Chania and the city’s Old Town will take you to a beautiful journey back in time, with its magnificent, carefully preserved, century-old buildings and its overwhelming atmosphere.

With wonderful views to the old harbour and the cosmopolitan streets, the original building hosting the new Avra Apartments at the old Venetian Harbour was largely destroyed during an aerial attack of the old Chania City in World War II (1941). In the following years, and due to its prior Venetian character and historical importance, the building has been declared as Preservable by the Ministry of Culture and it was in fact reconstructed following the authentic architectural design of the original building provided by the Ministry’s respective unit.

Elegant and beautifully decorated, the new Avra Apartments, located at the old Venetian Harbour, await to introduce you to the cosmopolitan and unique ambience of Chania city, taking you to a journey of discovery.

Offering a place of discrete luxury, located only 23km west of Chania city at the small traditional Harbour of Kolymbari, the new Avra Apartments will be hosted in a historical building dating back in the early 20th century.

With roots dating back to the Minoan period, Kolymbari is a small town following the zealous resistance of its residents in converting it into an urban city. Commercial activities, growth and progress harmoniously co-exist with traditional activities such as fishing at the small traditional village harbour, and olive harvesting.

Sitting on the port’s deck, holding its original and clearly traditional Greek architectural design, the old building was recently reconstructured based on its original structural design, as it has been declared as Preservable by the Ministry of Culture.

Offering magnificent views over the Kolymbari bay and the resplendent Cretan sea, the new Avra Apartments invite you to discover the rich history of this blessed, historic small town offering the tranquility and comfort of a private club.

Take advantage of our
early booking offers
and treat yourself
to an indulgent stay.