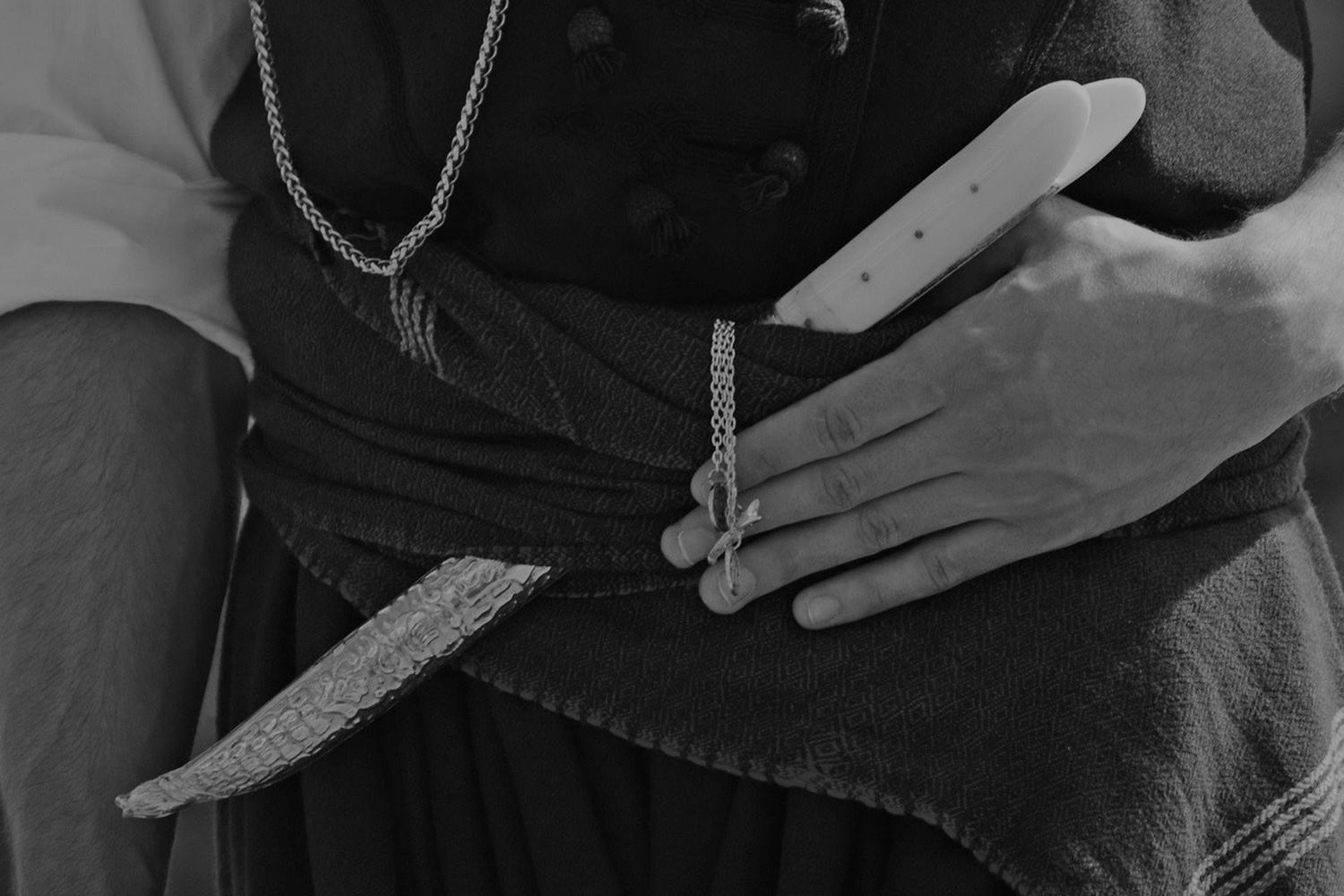 We have all heard a story about the famous Cretan knife, a tradition that continues today by some experienced craftsmen in the city of Chania.

You will find a wide variety of Cretan knives in the shops of Chania city, some of them even made with the original traditional method. Apart from being a basic tool, as it was always the case in Crete, the knife has also become a kind of souvenir for visitors to this beautiful island.

The best traditional knife makers in Chania, for centuries, are located around Sifaka Street, a small street on the northern part of the Splantzia neighborhood in the Old Town. Today, very few people are involved in traditional knife craftsmanship in Chania, which makes their handmade knives even rarer.

The knife has been a key tool for people all over the world for centuries. In Crete, however, the traditional knife craftsmen took their art to the next level, to the point that it became a key element of Cretan clothing and culture, but also a valuable product that was exported to the rest of Greece and abroad.

The handmade Cretan knives were – and still are – made by experienced craftsmen, who sculpt its stainless steel blade, process it carefully, and then create its handle and its sheath. Handmade knife craftsmanship has always been a difficult work, due to the high temperature and smoke in the workplace, and the frequent minor injuries suffered while working. This has discouraged many young craftsmen in the last decades from continuing to do this work.

A characteristic of Cretan knives is their forked handle, the opening of which is for the finger to hold and use it more steadily. Another characteristic is the V-shaped tip of their blade.

The most common traditional Cretan knife is the sharp “saita”. Many traditional Cretan knives have very special handles, e.g. from a goat’s horn, but also very elaborate sheaths, such as the ones made of pure silver masterfully carved, and which accompany rare “collectible” knives. If you look closely at the knives for sale in a traditional knife making workshop in Chania, you will be amazed by their great variety and the creative imagination the craftsmen have put into their making.

Cretan knife craftsmanship in Chania: An art with a tradition of centuries

Since ancient Minoan times, the knife in Crete was considered a very important tool, but also a basic weapon for the protection of its owner. And this tradition has continued in many ways to this day. Crete has always been a place of high geostrategic importance, so the knife has been a helpful companion for Cretans over the centuries, as it could help them protect themselves from any invader.

Based on the officially recorded historical data, the first significant systematic use of the Cretan knife for military purposes took place during the Revolution of the Psaromiligi, a noble family, against the Venetians, in the middle of the 14th century. From then on, the knife became an indispensable accessory for every Cretan.

But the great flourishing of traditional knife craftsmanship in Chania city came after the occupation of Crete by the Ottomans in 1669. At that period, the first knife makers started opening shops in the area around Sifaka Street.

In this small neighborhood of Chania city, next to the medieval walls of the city, the first knife makers that opened shops were Turks and Armenians. Soon after, however, the inventive Cretans learned the art of knife making from them and opened their own workshops, evolving the Cretan knife craftsmanship into a real local art. As a result, the reputation of the knife makers of Chania reached far beyond the borders of Chania and Crete in the years that followed.

This was reflected in the local culture: Until about World War II, a well-made knife was not only a symbol of prestige for its owner, but also a powerful tool or weapon, depending on the occasion. It was characteristic that, while the knife was intended for men, in Crete they made thinner knives especially for women, which, if necessary, they used to protect their honor.

Cretan knife craftsmanship reached its peak in the family workshops of the city of Chania, which were mainly located around Sifaka Street. In these workshops in the past centuries there were famous craftsmen who created knives that were sought-after all over the island – and also far beyond it.

Although in our time these remaining craftsmen are very few in Chania city, a visit to a traditional Cretan knife making workshop is still a special experience for every visitor.