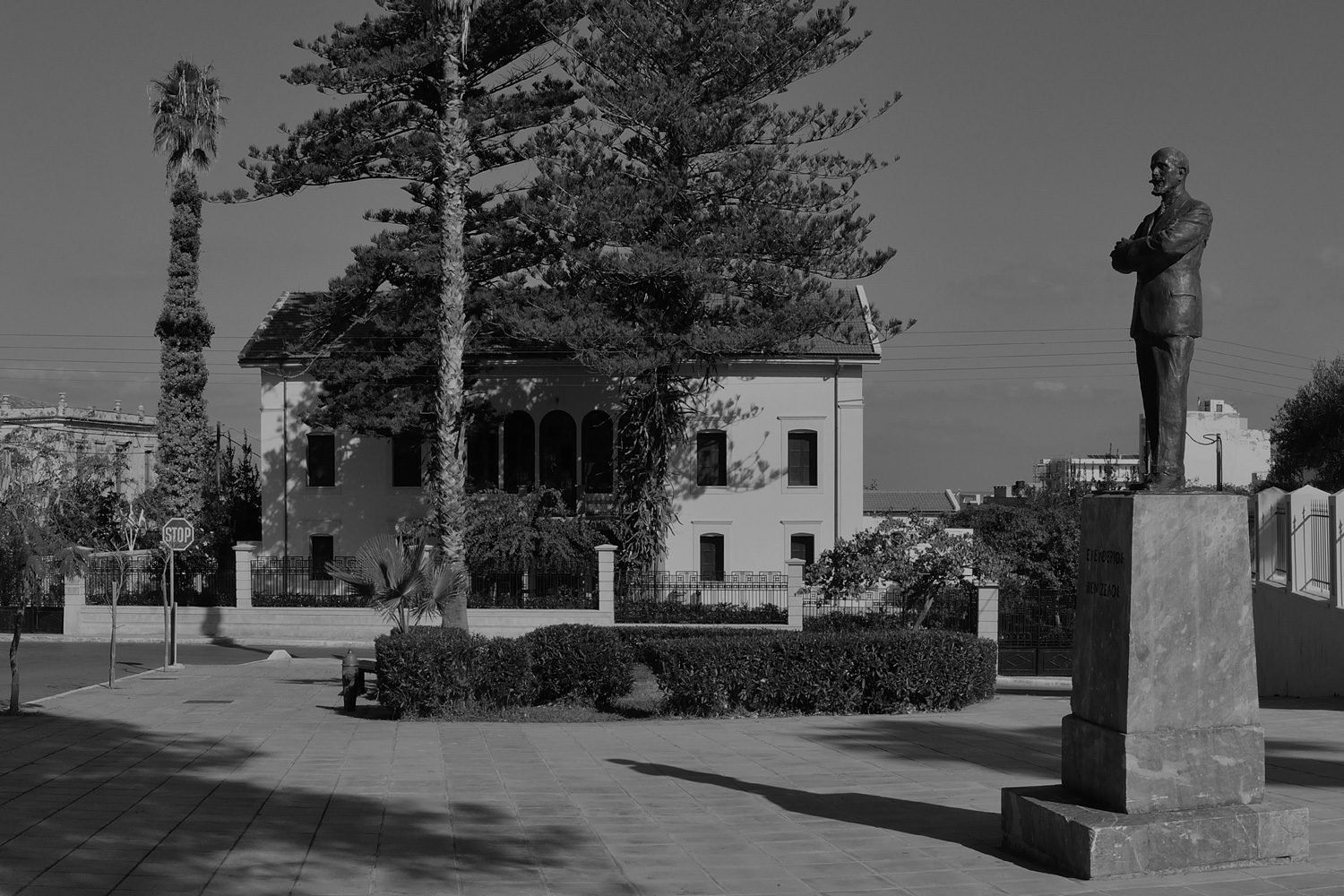 Chalepa district in Chania city, in its heyday in the past, was the most especial quarter not only of the city, but of the whole of Crete. It was for many decades more of a “town within a city” than a city district. With sights like Eleftherios Venizelos’ house, Agia Magdalini church, and Tabakaria, this outstanding district today presents a very good way to come in touch with everyday living in the city of Chania, as it was more than a century ago.

In the second half of the 19th century, when Chania city was the capital of Crete, Chalepa district was the most aristocratic quarter of the city. Distinctive from the rest of the city, it was its most rich and international suburb, with numerous buildings of great architectural value.

No other politician has shaped modern Greece more than Eleftherios Venizelos, the ex- prime minister of Greece who gave his name to today’s Athens International Airport. Eleftherios Venizelos was born in Chania and raised in Chalepa, in a mansion that was built in 1877 by his father.

Eleftherios Venizelos was the prominent Greek politician during the end of the 19th century and the beginning of the 20th century. During that time, the dissolution of the Ottoman Empire, World War I and the Balkan Wars, had created a very unstable, crucial situation in Greece and the Balkans. Venizelos was the politician who managed, through his inspired speeches, actions and alliances, to lead, first Crete, and then the whole of Greece, safely through this turbulent era of history.

Eleftherios Venizelos served as the first prime minister of the autonomous state of Crete, after its liberation from the Ottoman Empire, and later, after the reunion of Crete with Greece, as the prime minister of Greece for many years. His family house in Chalepa is today a national monument and a museum.

In the second half of the 19th century, when young Venizelos strolled the streets of Chalepa, it was not a district of Chania city, but a separate town outside of the city’s walls. Due to its healthy climate and lovely views to the sea, it was the most eclectic quarter in Chania, where practically all the rich and noble people of the era lived. This is the reason why in the area there were numerous mansions and villas with exquisite architecture, some of which still survive until today.

At that time, Chania city was the capital of Crete, and in Chalepa you could find the consulates of many European countries, including the ones of the great powers of the time. It was a truly international quarter, the “European neighbourhood”, as it was called.

In 1878, an event of great historical significance took place in Chalepa: Here, the historical “Treaty of Chalepa” was signed, between the Ottoman Empire and several European countries, which granted autonomy to Crete island from the Ottoman Empire, and designated Chania city as the capital of the autonomous Cretan state. This was the first step towards the final reunion of Crete with the rest of Greece.

In today’s Chalepa, the visitor is impressed by two things: the high architecture of many neoclassical mansions that survive from the era of its heyday, and the house yards that are full of flowers, both of which make this quarter of Chania city stand out.

In a central location in the district, we find the Palace of Prince George. Prince George, at the turn of the 20th century, was the High Comissioner of Crete, in essence the governor of the island.

Very close to the palace, we find the impressive church of Agia Magdalini (St. Mary Magdalene), which is unique all over Chania city – and which you simply cannot miss. Agia Magdalini church was built between 1901 and 1903 by prince George, using funds he brought from Russia – this is the reason for its characteristic Russian-style architecture. The church was dedicated to Mary, sister of prince George, and wife of grand duke George of Russia.

Another very interesting spot in Chalepa district is the Tabakaria neighborhood. Located in front of the sea, it was the place where all the tanneries (leather-processing plants) of Chania city used to be. This workers’ neighborhood was in stark contrast with the rest of the aristocratic Chalepa district, adding to its charm.

During the heyday of Tabakaria in the 1950s, in the neighborhood there were more than 80 tanneries, big and small. Today, very few of them are still in operation, and in the neighborhood you can find old abandoned buildings, along with some old tanneries that have been masterfully renovated. Today’s Tabakaria is known to the locals for its splendid fish taverns by the sea.

Chalepa district is a part of Chania city that is representative of the modern history of Crete and Greece. Having been home to the most famous politician in modern Greece, Eleftherios Venizelos, and with impressive, unique sights, like the church of Agia Magdalini and the Tabakaria neighborhood, Chalepa is a district of Chania city that is charming and distinctive up to this day.