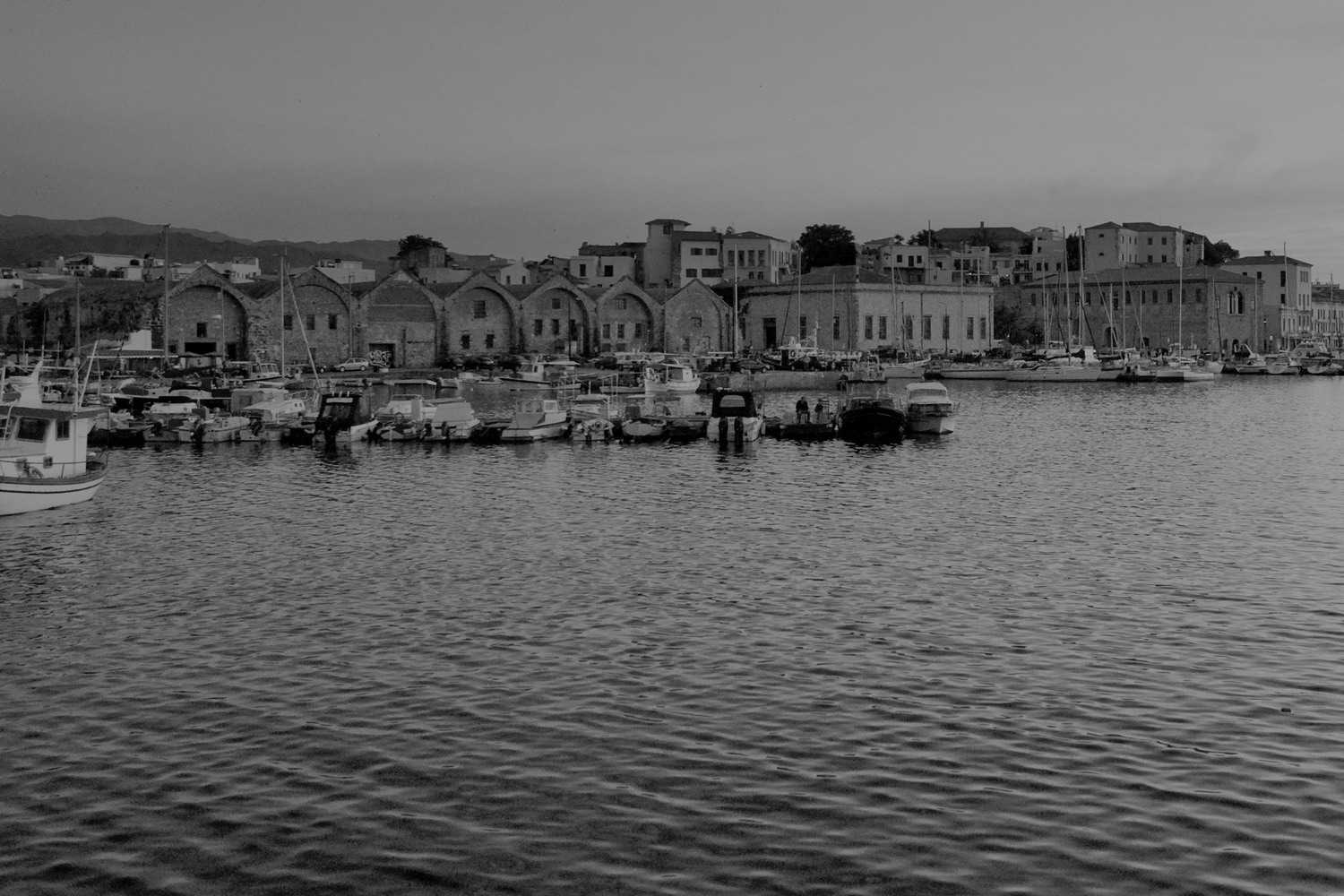 The Venetian Arsenalia (or Neoria) in Chania Old Harbour are imposing buildings you cannot miss. The name arsenalia, or neoria, means dockyards.

The Old Venetian Harbour is the great architectural legacy the Venetians left in Chania city, which has retained its bygone glory as the prominent attraction in today’s city, and is a pleasure to experience.

Venetian Arsenalia (Neoria) in Chania Old Harbour: Connected to the city’s history through the centuries

The Venetians originally built 18 arsenalia in Chania Old Harbour in the 16th century, and later other 5 arsenalia on the easternmost part of the harbour in the 17th century. They were all built in the so called “inner harbour”, which was the most protected part.

The 16th century was the era of the Venetian domination in the Mediterranean. It was also the time when the Ottoman threat from the east was evident, so the Venetians heavily fortified the Chania Old Harbour to protect it.

It is estimated that during the 16th century, Chania city was the biggest Venetian naval base in the eastern Mediterranean, hosting at any time about 40 Venetian galleys. The Venetian Arsenalia, or Neoria, were the dockyards that catered for the construction, the maintenance and the repairs of all this great naval force of its time.

Later, in the 17th century, when the Ottomans laid sieges to the city, many of the Venetian Arsenalia changed its use from dockyards to huge food storage facilities that helped Chania city survive for months during these harsh periods.

Today, from the 18 original Venetian Arsenalia that were built in the 16th century, the 8 survive. At the back of the inner Old Harbour there are the Great Arsenali, and the 7 smaller arsenalia (or neoria) adjacent to each other. In a similar manner, from the 5 Venetian dockyards that were built at the eastern end of the Old Harbour, the 3 survive.

The most known of all the old Venetian Neoria is the Great Arsenali. It is an exquisitely beautiful building, which was masterfully renovated in 1997, when it became the building hosting the newly founded Center of Mediterranean Architecture. A true masterpiece, combining fine centuries-old and modern architecture, the Great Arsenali – Center of Mediterranean Architecture today hosts an array of interesting exhibitions, conferences and events every year.

The 7 adjacent small neoria close to the Great Arsenali give to the inner Old Chania Harbour its characteristic, picture-perfect setting. They provide the ideal background of the new Chania marina in front of them, as you look at it from the Venetia Sea Wall or the Chania Lighthouse.

The 3 Venetian dockyards that survive until this day on the eastern part of the Old Venetian Harbour, are also called Moro’s Neoria, from the name of the Venetian local governor that built them. Today, one of them hosts the Chania Sailing Club, and another one is part of the Naval Museum of Chania, where you can find an exact replica of an ancient Minoan ship of the 15th century BC.

The Venetian Arsenalia (Neoria) in Chania Old Harbour have played a crucial role as dockyards in past centuries, decisively helping the city survive and thrive. Today, they still play a vital role in the modern city, as prominent historical buildings in the magnificent Chania Old Harbour: from the Great Arsenali, the modern Center of Mediterranean Architecture, to the 7 adjacent arsenalia, and the Moro’s Venetian Arsenalia (Neoria), these centuries-old dockyards still define with their architecture the inner Old Harbour.